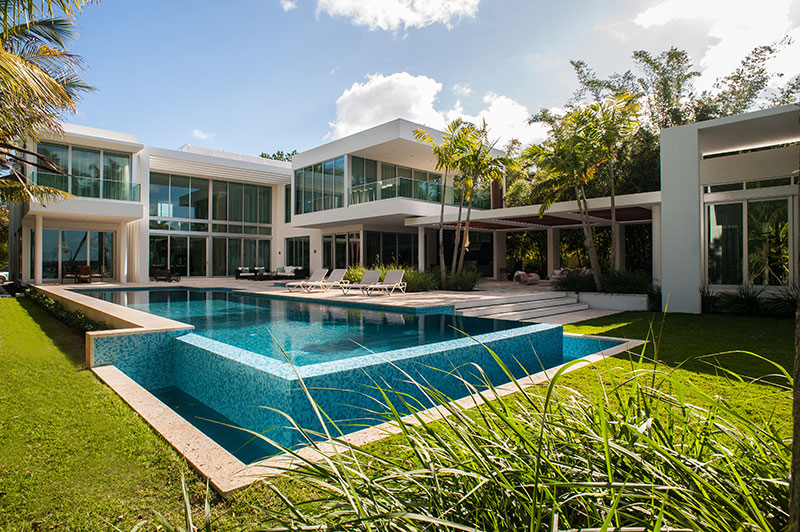 Macedo paid $5 million in 2012 for the 32,000-square-foot lot at 30 Palm Avenue, and completed the house a year later. He’s been living at the 14,000-square-foot mansion, which features eight bedrooms, eight-and-a-half bathrooms, a movie theater, a detached gym and social room, and a four-car garage.

The property is hitting the market with Albert Justo and Mirce Curkoski with The Waterfront Team of One Sotheby’s International Realty.

Justo said the owner is looking to downsize now that his children have moved out.

Macedo owns Brick Group USA. In 2015, his company paid $18.3 million for a development site along the Miami River with plans for a 60-story tower.

At least three waterfront homes on Palm Island have sold so far this year. “[Properties] really weren’t moving over the last 36 months,” said Andres Asion, broker of Miami Real Estate Group, who owns homes on the island. Asion said the construction from the city raising the streets, plus high pricing, led to slow or stagnant sales.

But since January, 73 Palm Avenue, which Curkoski and Justo listed, sold for $24.5 million, marking a record for Palm and Hibiscus islands. Also, 190 Palm Avenue traded for $13.9 million and a smaller home at 223 North Coconut Lane recently traded hands for $6.3 million.

how can we help you?

Contact us at BrickGroupUSA or submit a business inquiry online.